The Marine Engineering Museum was founded in 1984 after a donation to the RNEBS set up a Trust Deed with the Charity Commission.  In 1975 a sum of money was received by the RNEBS (The Royal Naval Engineers' Benevolent Society) to keep alive the memory of Lt. Alston who died when HMS Affray was lost in the channel.  This donation was used to form a charitable trust for the museum. The monies were invested in charity bonds and the interest is used to fund the museum activities. 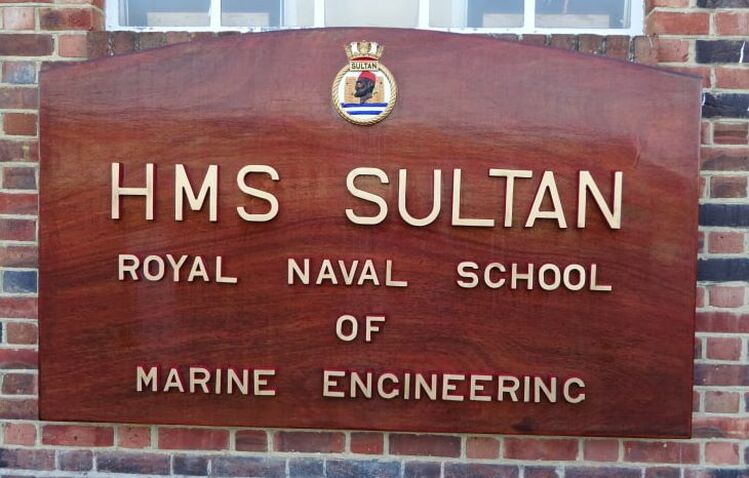 The Original Sign on the gates of HMS Sultan. Restored by a museum volunteer and on display outside the museum
A number of artefacts from Steam Training were originally housed in Fort Grange together with other items of historical Interest and in 1994 the museum moved to its present location in rooms attached to Whittle Hanger, an aircraft hangar built in 1926.  These have been added to under the guidance of the museum curator Lt Derek Weaver MBE (Rtd).  He has been joined by others to total a team of five volunteers with over 100 years service in the Royal Navy and over 100 years at HMS Sultan between them.  Over the years a number of training establishments associated with Marine Engineering have closed and their records and artefacts added to the collection at HMS Sultan.