The museum has a number of artefacts and records collected over the years. A brief outline of the collections are listed. 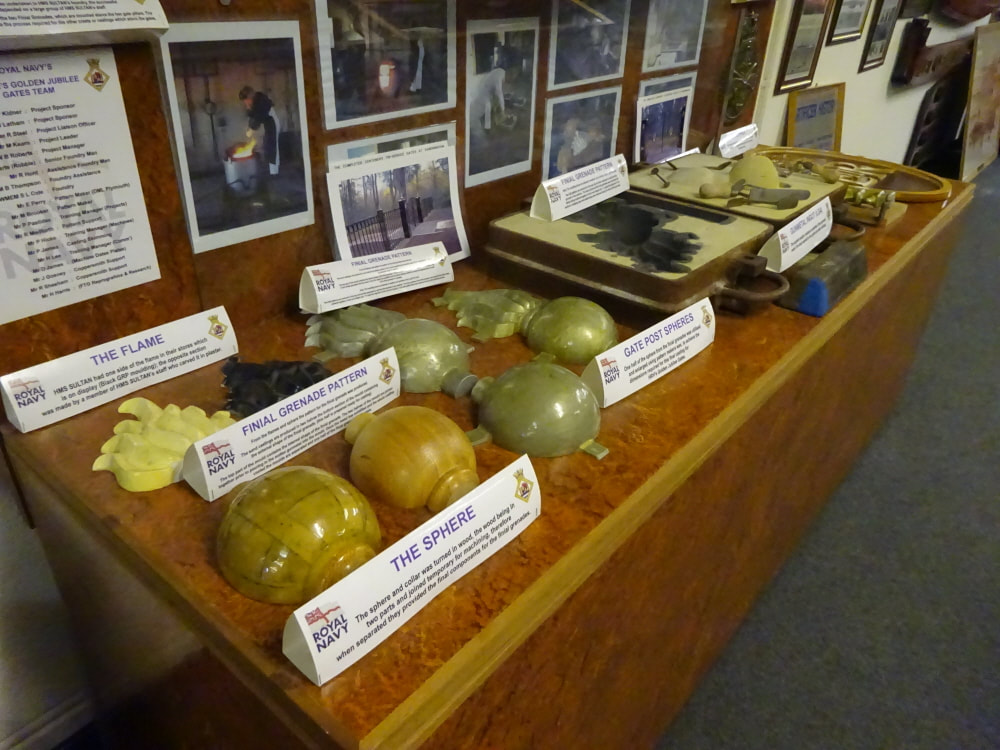 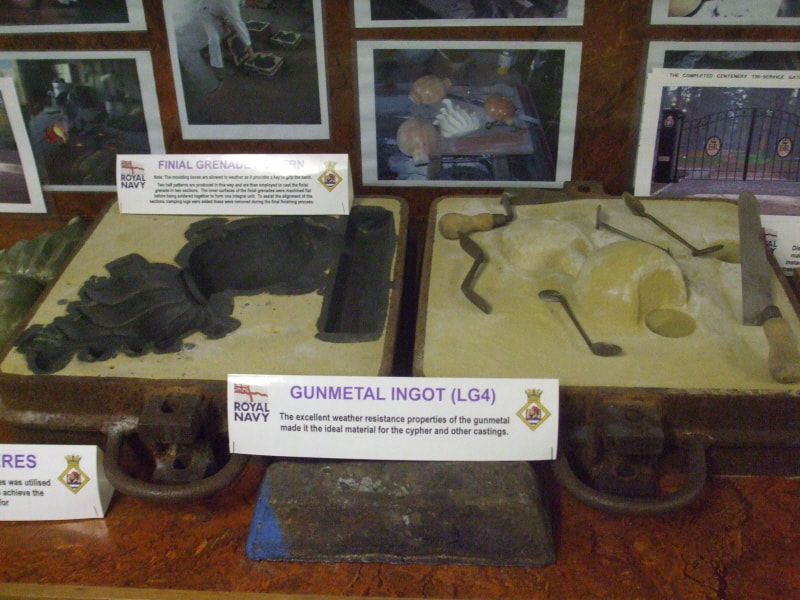 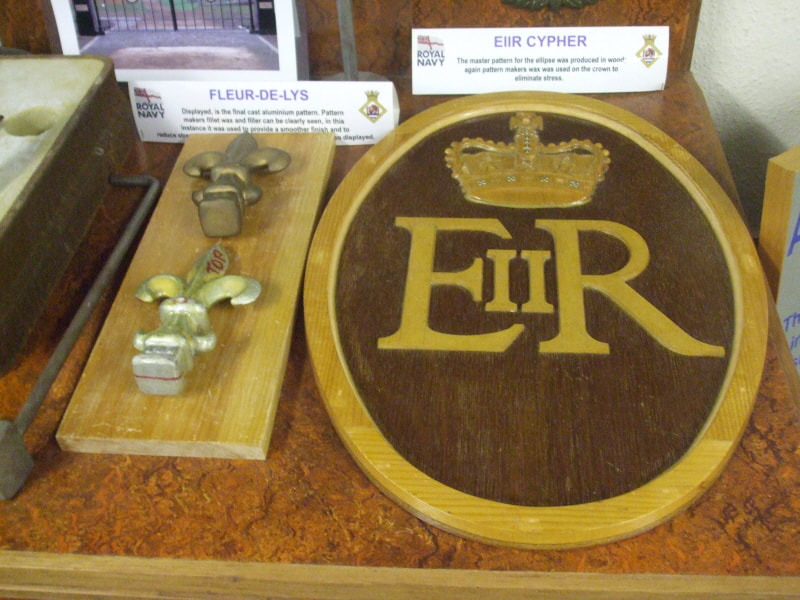 The foundry was originally used for training students in casting techniques and provided the fleet with crests that were given to visiting dignitaries. One of the last items to be made were the castings used on the gates at Sandringham for HM Queen Elizabeth. The display from HMS Sultan at the opening ceremony is now in the museum and the representative from the workshops presented to the queen at the ceremony is now a volunteer in the museum. The foundry closed in 2002 and is now used by the Theatre Club.

The Museum has over 500 ships crests from the foundry and other donations. Some are on display but most of them are in storage. They originate from the days when HMS Sultan had the last foundry in the Royal Navy and were used as masters for the casting of crests for the ships in service. We are in the process of painting and displaying as many as possible. 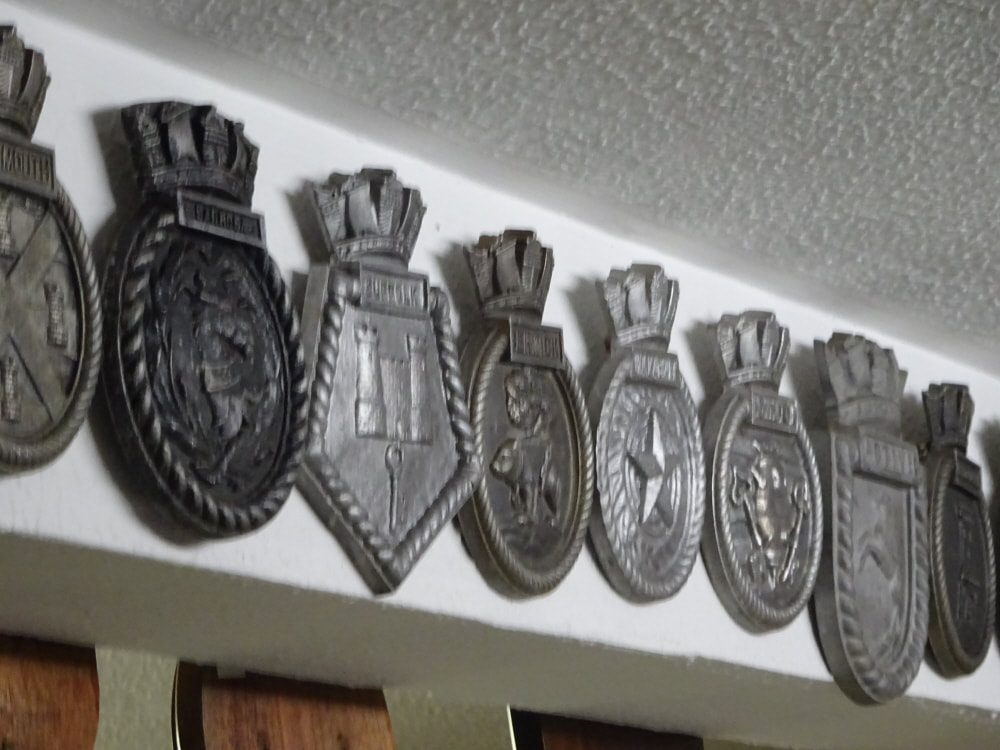 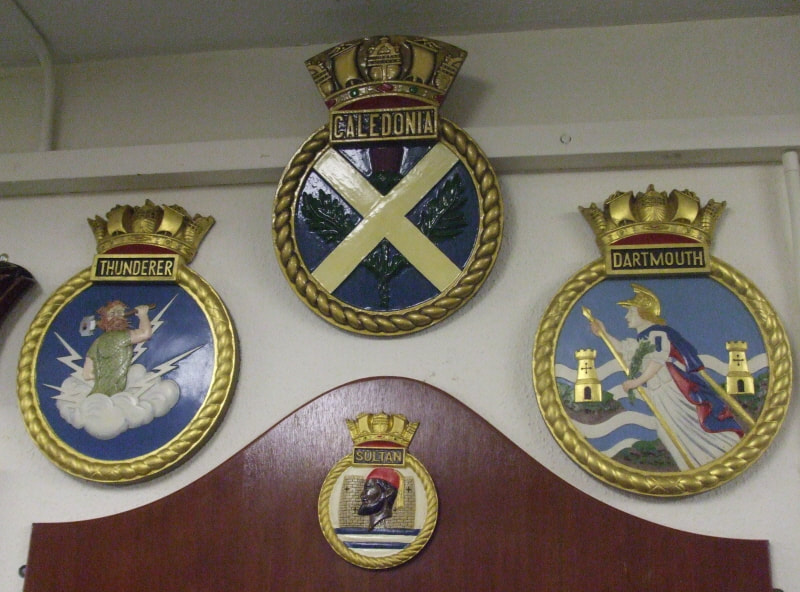 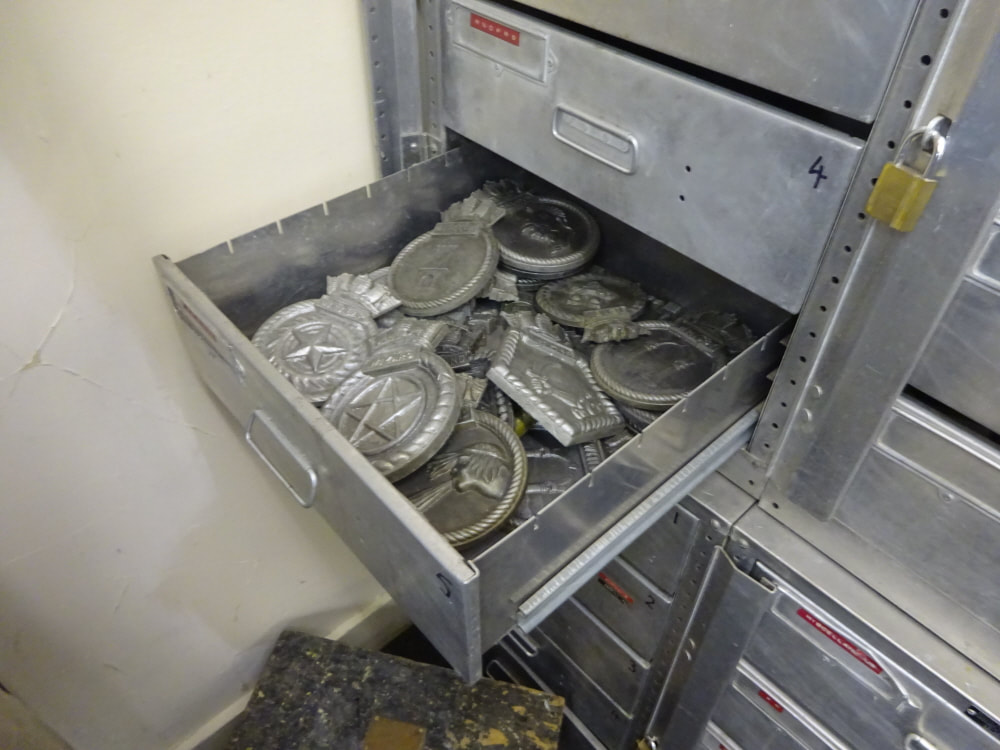 Trainees were given the task of making their own toolbox and tools to go in them as part of the mechanical Engineering training. If you had made them you took pride and care over the tools in your career. There are a small collection of toolboxes, complete with tools, donated to the museum. They are very handy for working on items in the museum. 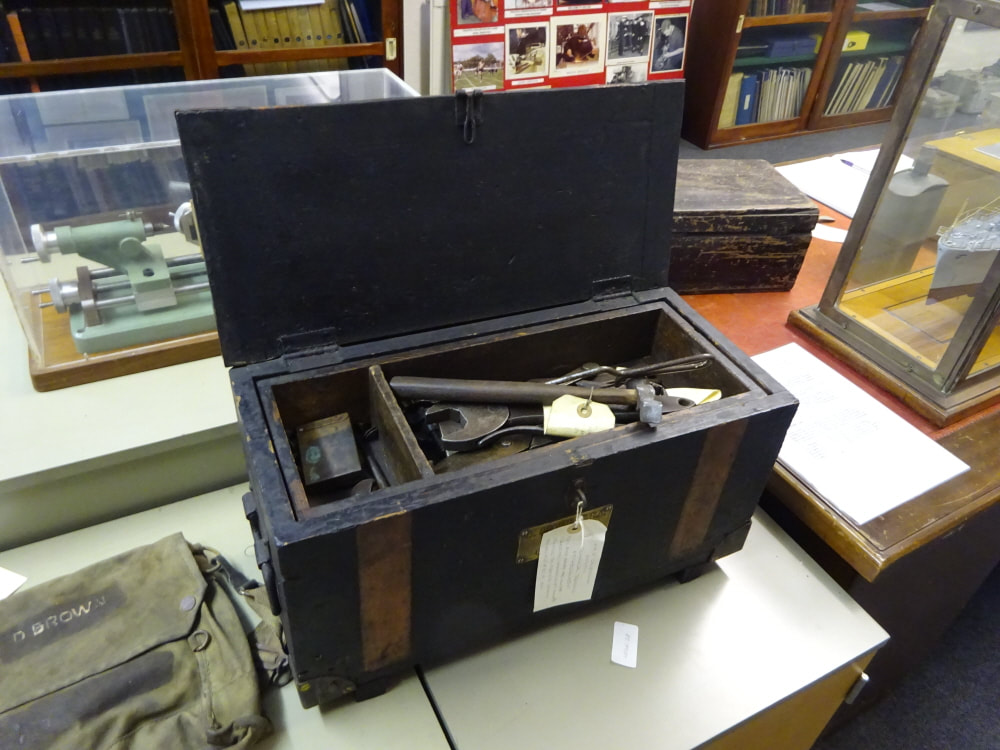 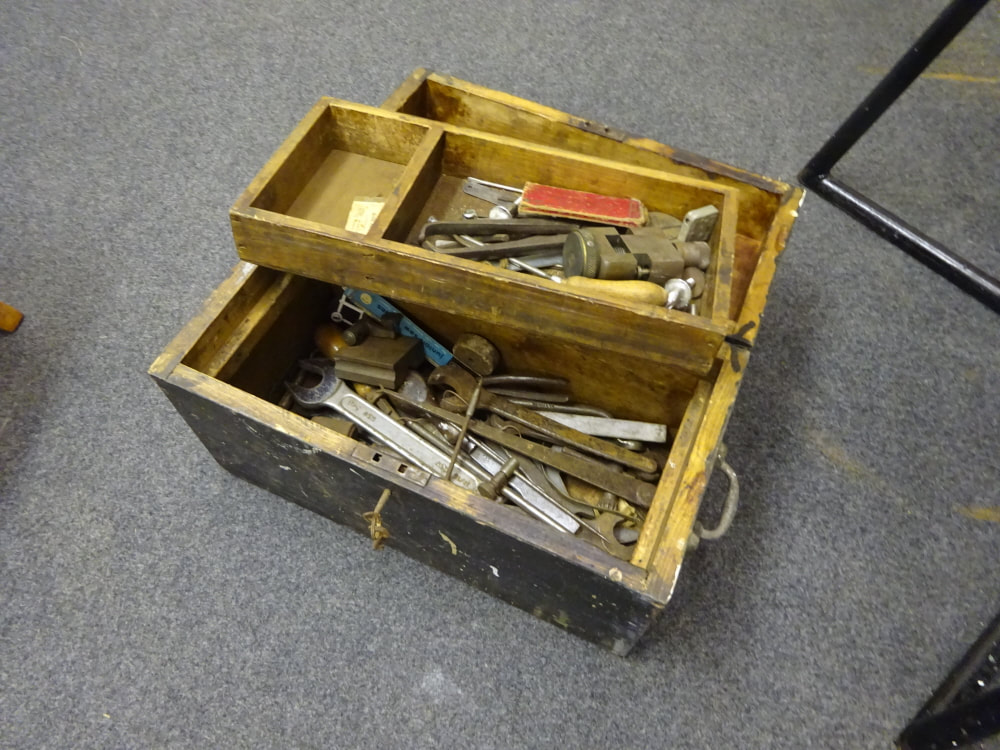 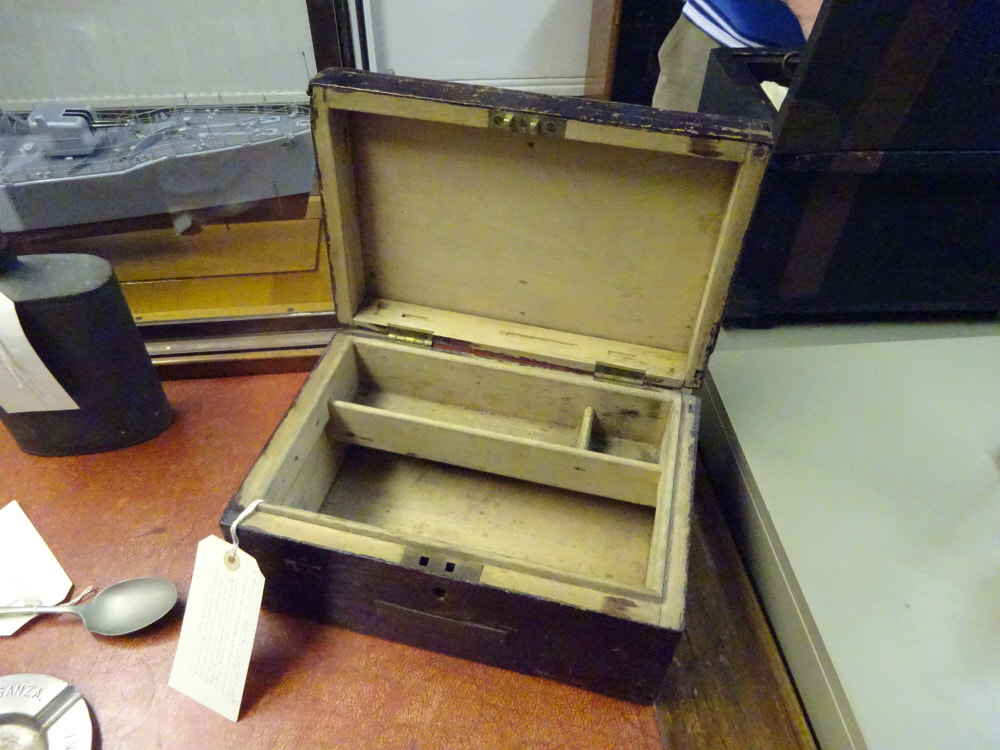 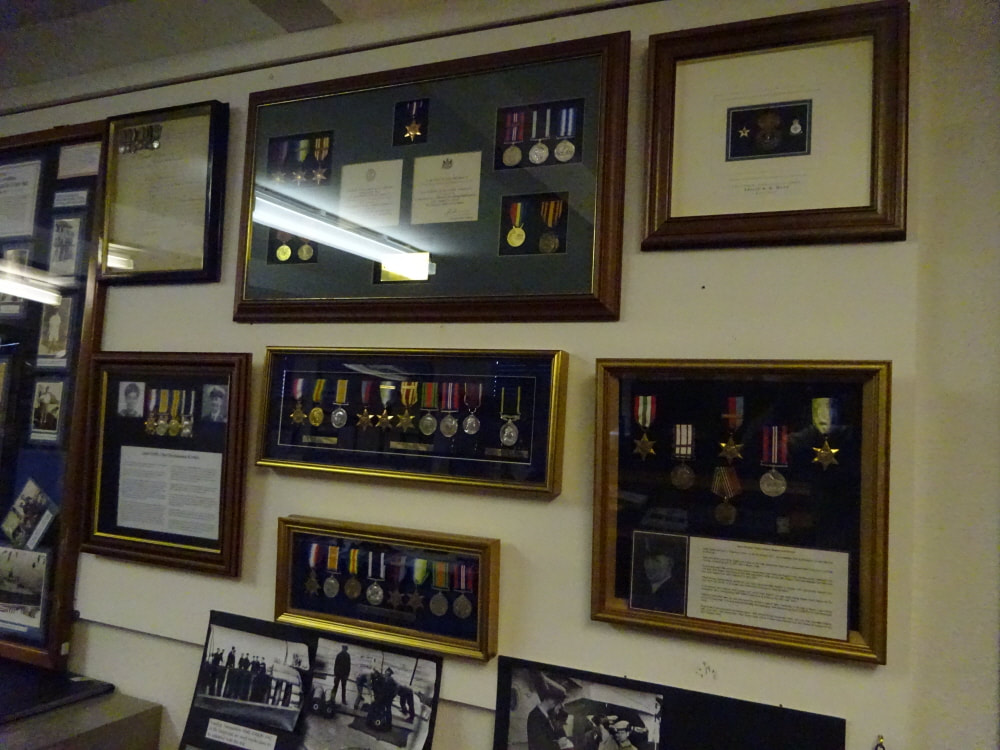 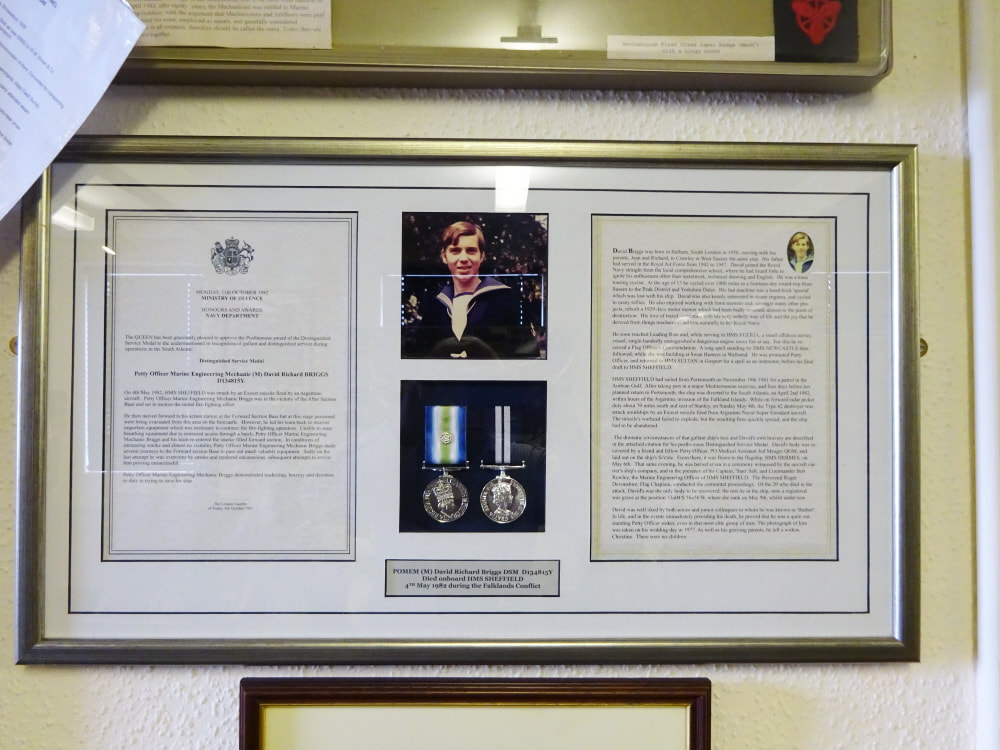 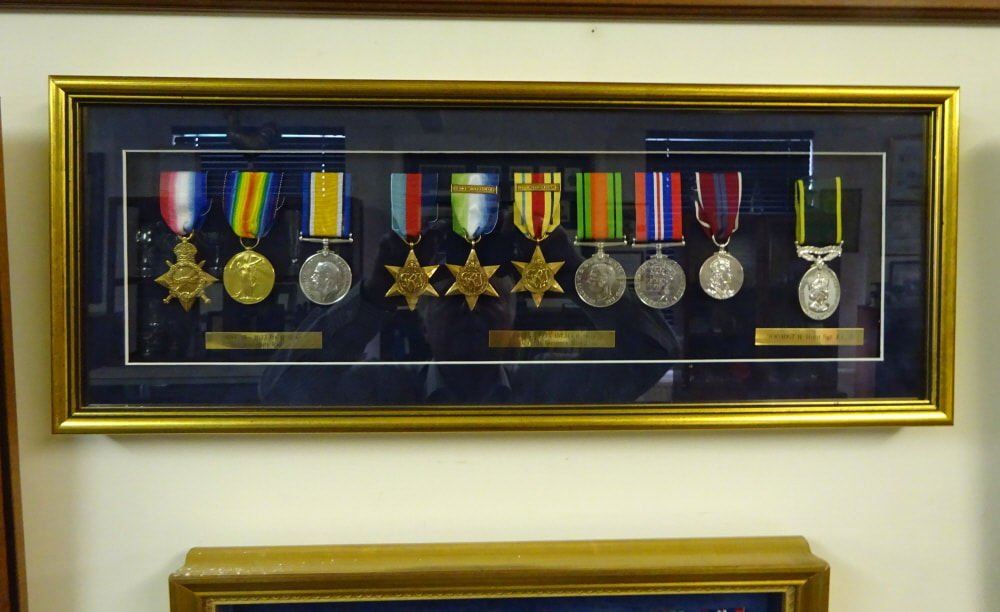 There are a number of medal collections donated to the museum.
The medals are mounted and put on display in the main gallery. They include the DSM awarded posthumously to David Briggs who died on HMS Sheffield on 4th May 1982 in the Falklands War. His parents donated a sum of money and the David Briggs Trophy is awarded to a trainee at HMS Sultan yearly. 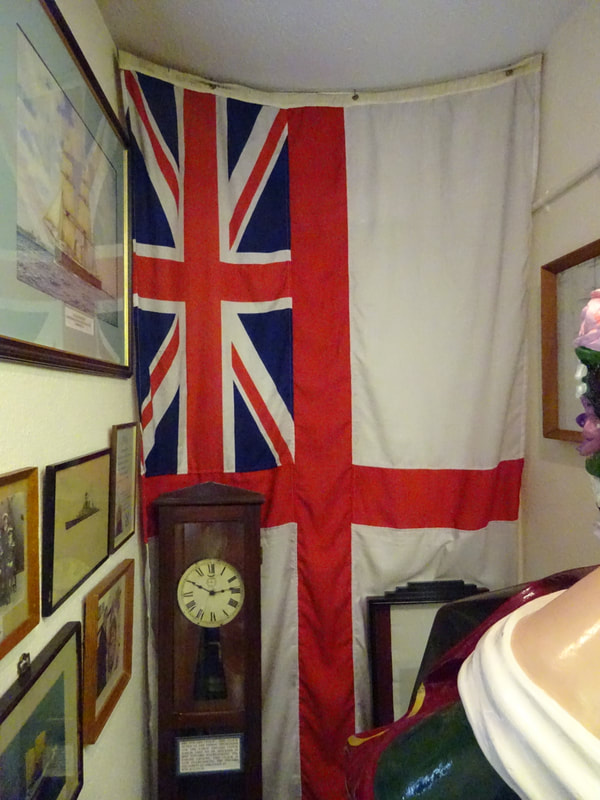 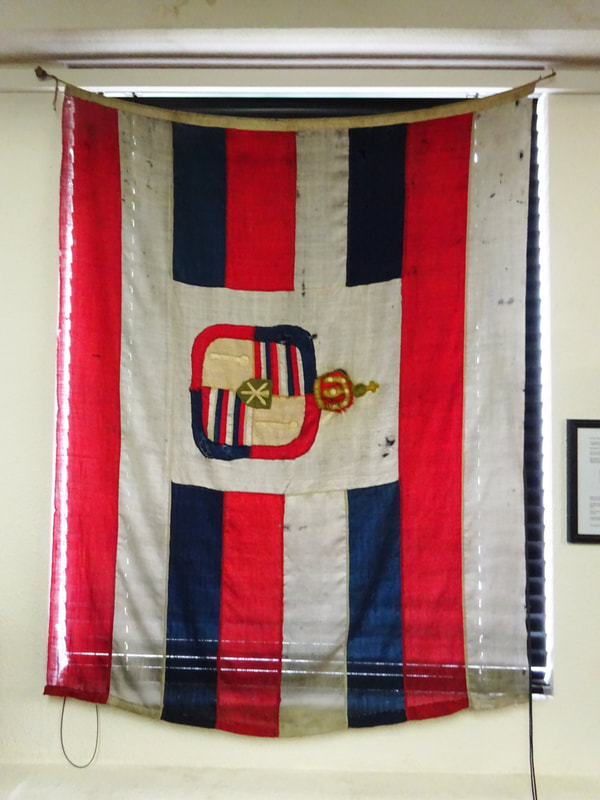 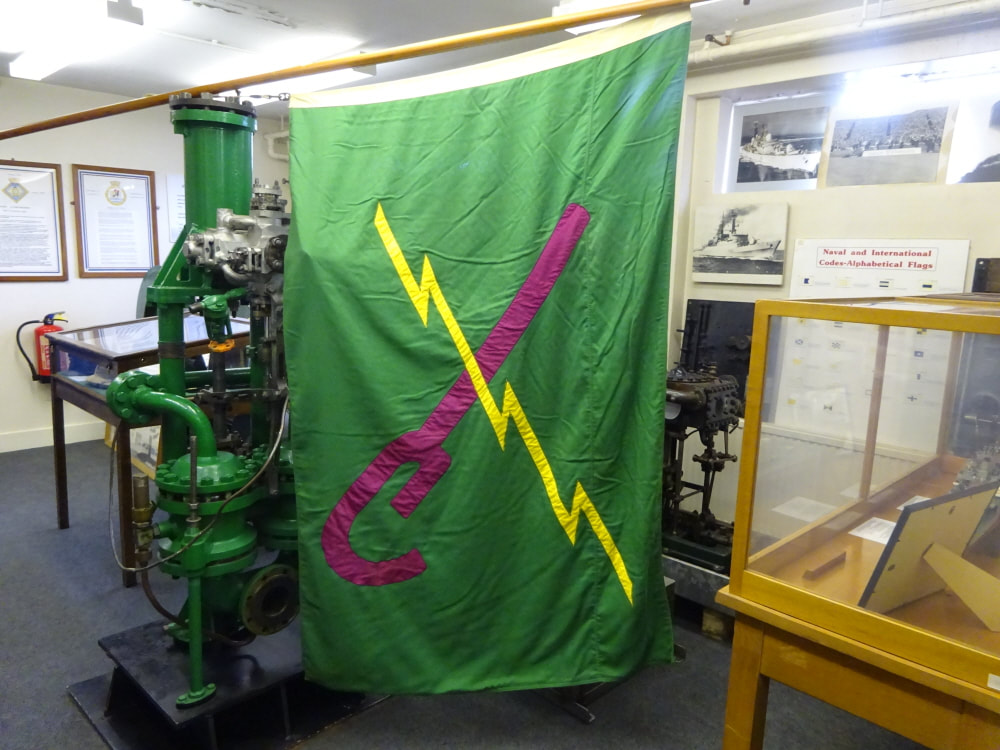 There are a few flags in the museum donated and collected over the years. The last ensign on the left came from HMS Caledonia, donated to the museum when the site closed and training moved to HMS Sultan. The centre flag was donated to the museum and for many years we did not know what it was until it was found on the internet to be The Royal Standard of the Kingdom of Hawaii, presumably "liberated" on a run ashore. The flag on the right was given to the museum in 2019, does anyone know what it is and its history? 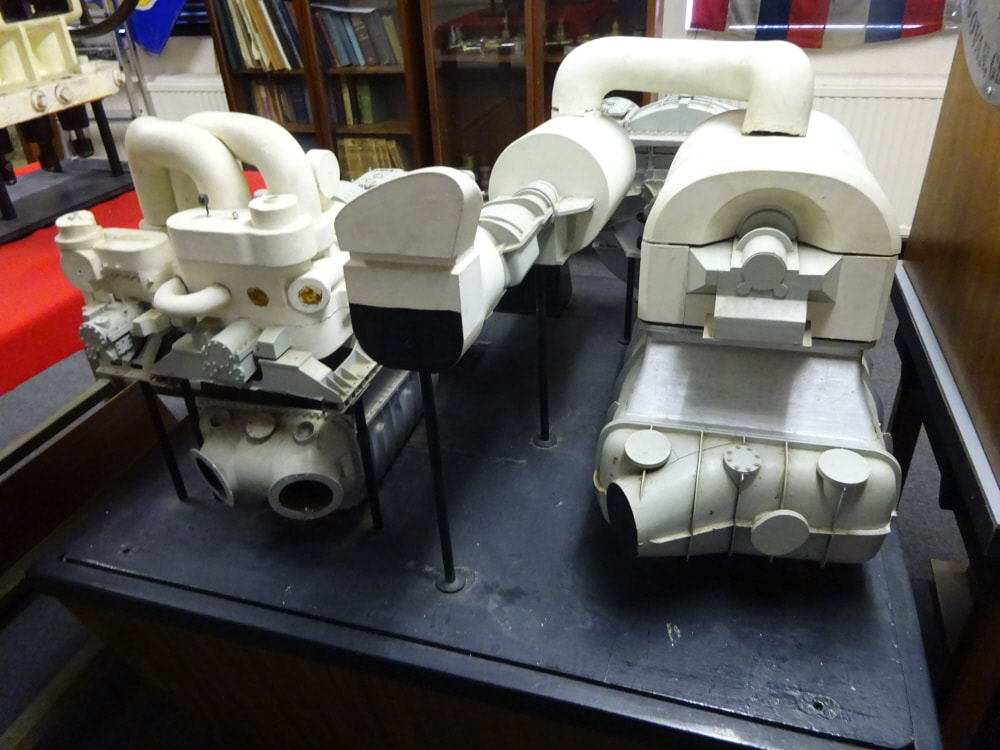 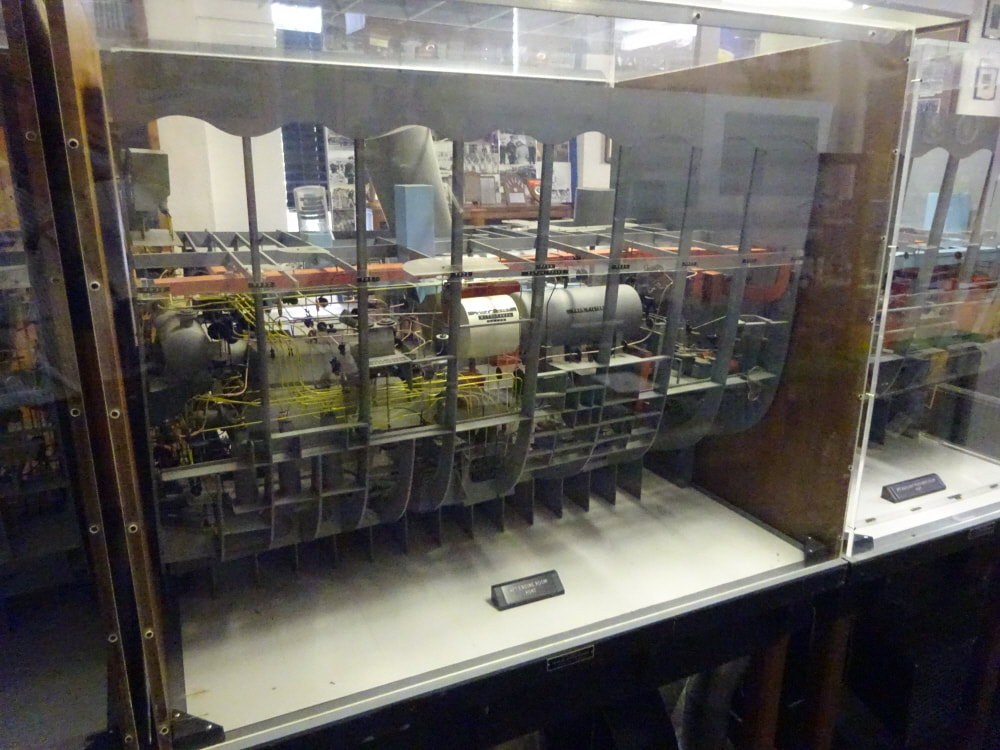 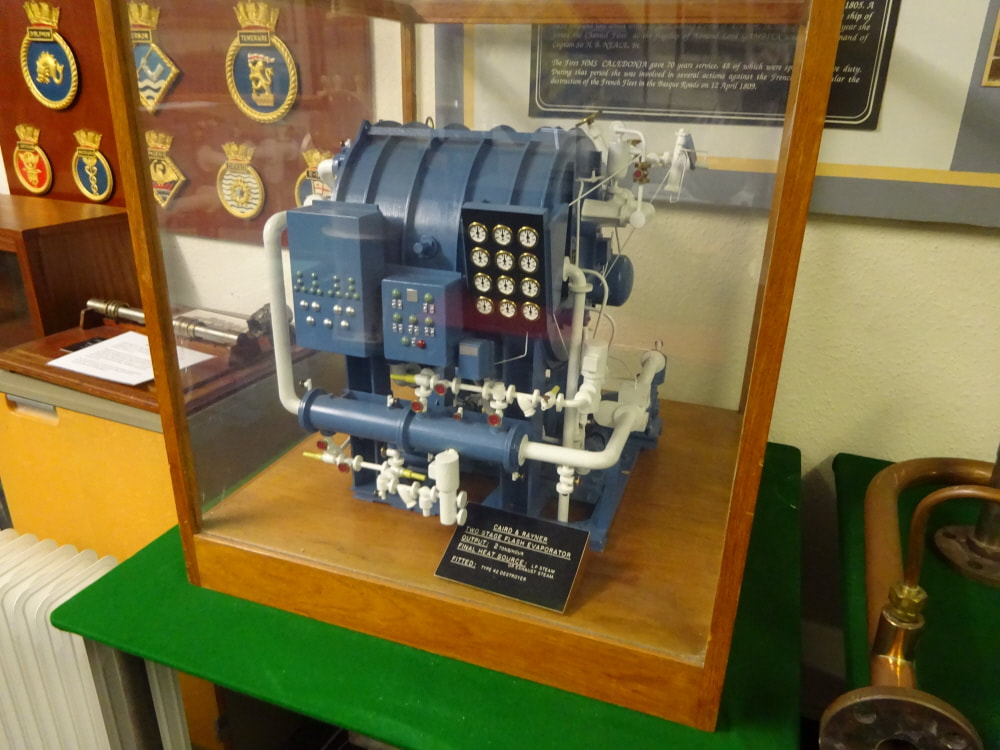 The Engineering Models on display in the museum have been manufacturers models, training models or craft pieces. The centre picture shows a training model of the engine room of a Type 21 Frigate. Computer training software has replaced actual models for today’s ships.